Do you ever get stuck in a rut with your dinner making? I tend to serve lots of tacos, spaghetti, hot dogs/chicken sausages (with fruit and veggies on the side, so it’s not a total waste of a meal!), and rotisserie chicken. The other day I decided to mix things up a bit and remake one of my old favorites in a newer, healthier way. I used to make this Polenta Casserole with plain old spaghetti sauce, which was still pretty tasty. This time, however, I decided to make my own sauce and cram it full of veggies that the kids wouldn’t even know they were eating!! The casserole was a huge hit!

For the sauce, I put a large can of organic diced tomatoes in my blender, with some veggies and sea salt, and let it go to town on the hot setting. I’ve told you a few times that I’m totally loving this hot setting on my NutriBullet

for recipes like this one. It makes it so much easier to make puréed soups, sauces, and hot drinks, and my family eats lots of all of those foods this time of year!

This dinner is very easy to prep ahead of time, and you can just stick it in the oven an hour before you’re ready to eat it. All you need for a complete meal is in this one dish, so no need to add anything else! It’s really easy! I also easily modified it for people who cannot have dairy. They can have the full recipe except for the cheese.

After using the sauce for the polenta casserole I had about half a cup left over. It smelled really good, so instead of pouring it out, I drank it. Something magical must have happened in the blending/heating process because I felt SO good after drinking it! I didn’t mention that to my husband when I invited him to finish the sauce off, and he told me it gave him a rush of energy. How cool is that? This is serious health food, and you won’t believe the flavor!

Blending veggies down to a very fine liquid state extracts more nutrients by breaking down the cell walls. It also makes the fiber easier to digest, so your system will be very happy! Even if you don’t want to make this casserole, I highly recommend drinking the sauce as a soup! By the way, I don’t usually like tomato soup…this one wasn’t overly acidic, though.

Polenta is a gluten-free complex carbohydrate, this means it takes longer than a simple carbohydrate to breakdown and will provide sustained energy. Plus with 16 g of protein per serving from the turkey, it will keep you feeling full and satisfied. Note: I use the organic polenta that is already prepared from Trader Joe’s. It comes in a log form, and I needed 1 1/2 logs for this casserole. Of course, you can use more, or less, depending on how thinly you slice it. Here is a picture and link of it (it’s less expensive to buy at Trader Joe’s than Amazon).

For the Sauce
For the Turkey Meat
For the Casserole
For the Sauce Start by making your sauce. The easiest way is to simply combine all of the ingredients in your NutriBullet and run it on the heat setting. Otherwise, heat the ingredients in a large pot over medium heat. When the veggies become soft turn the heat off. You can either purée it with a handheld blender or put it in your blender. Set the sauce aside until you’re ready to layer the casserole. For the Turkey Meat Combine all of the ingredients for the meat, except balsamic vinegar, in a large ceramic nonstick skillet. Cook it over medium heat until the meat is cooked through. Stir often and break up the meat into small chunks with your spatula. Add balsamic vinegar for the last couple minutes of cooking. Set the meat aside until you’re ready to assemble the casserole. For the Casserole Slice your polenta into thin disks. Cover the bottom of a large baking dish with the sauce. Place a layer of polenta disks on top of the sauce. Sprinkle the turkey meat, olives, and more sauce over the polenta, then cover that with a thin layer of cheese. Place another layer of polenta disks on top of the cheese. Cover it with more meat, then sauce, then cheese. Bake the casserole for 40-50 minutes, or until it is bubbling and the cheese is melted. Enjoy warm!

Try adding Turmeric Tonic to the turkey for an anti-inflammatory boost! 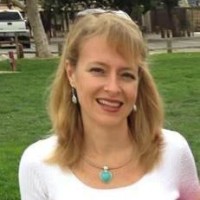 If you’re looking for a quick and easy, fuss free yet incredible flavorful way to spice up your fish to add to your weekly lunch or dinner rotation then look no further friend, this sweet and spicy, sugar free, 6 minute chipotle BBQ salmon is exa...

Make this colorful dish for dinner any day of the week! Mahi Mahi is so easy to make plus it's tender and delicious. The homemade mango salsa is the perfect topping and bursts with flavor. Incorporating more fish into your diet is great for heart hea...

Meatballs are a crowd pleaser. These take 10 minutes to assemble and require minimal attention while cooking. We often have a batch of these in the freezer, ready to reheat. They’re low FODMAP and gluten free and are best enjoyed with rice, glut...

Bibimbap is the closest Korean food gets to a salad. It literally translates to "mixed rice". Traditionally, it is made with rice, mix of marinated vegetables, beef, sunny side egg and red bean paste. But it can really be any mix of ingredients and r...

An easy way to incorporate vegetables into meals for even the pickiest eaters is to add them to pasta! We used gluten free pasta so this recipe is great for anyone with gluten sensitivity or intolerance....

There’s a new favorite meal around here, and it’s this One Pan Lemon & Thyme Chicken Milanese. The flavors and fresh herbs in the dish make it light and fresh, yet buttery and satisfying, aka the perfect summer dinner! It can be served wit...