David Gray suffered  from uncomfortable gastrointestinal symptoms for years, seeing countless doctors and even getting misdiagnosed before he finally determined that he was living with LPR (Laryngopharyngeal Reflux), also known as silent reflux. David eventually figured out how to treat his silent reflux through diet and lifestyle and has now created a blog, wipeoutreflux.com, to help struggling those with LPR. Here he shares his recommendations on how to effectively treat silent and acid reflux with diet.

Acid reflux can be tough to treat. While medicine can work for some, for many it is not effective, especially for people suffering from silent reflux (LPR) like me. Silent reflux occurs when the sphincters between the stomach and esophagus don’t work properly, and acid goes up from the stomach into the back of the throat (pharynx) or voice box (larynx). LPR is also known as silent reflux because this acid reflux doesn’t cause typical symptoms of heartburn and pain. Symptoms of silent reflux can include hoarseness, bitter taste in the mouth, excessive throat clearing or a lingering cough. LPR can remain undiagnosed for a while, resulting in inflammation and damage to the throat and esophagus.

Whether you are dealing with acid reflux caused by silent reflux or GERD, common anti-acid medicines, known as Protein Pump Inhibitors (PPIs) come with a host of long term complications and side effects, and are best avoided or used in limited quantities. Luckily there are other natural ways to treat acid reflux and LPR, and that includes what we eat! Through research, trial and error, I’ve pinpointed foods to avoid and some that help in eliminating silent reflux symptoms. Here’s my tips on what you can do to treat your acid reflux through diet.

Here’s some foods that are known triggers for reflux.

Everyone is different, but try to be aware of your body and symptoms. Keep track of what you eat and how it makes you feel. If your symptoms are worse after eating any of these known trigger foods, cut out the food to see if you get relief. For people who have reflux trouble only occasionally, avoiding certain foods/drinks will often completely eradicate their symptoms. While others may still need to take medication for a period of time, eliminating these trigger foods will certainly help the overall problem.

While many of us know that foods can cause digestive issues, we don’t always realize that beverages can also cause problems. In fact, some drinks we consume are very acidic and can actually make reflux symptoms worse. These drinks include soft drinks, fruit juice, alcohol, coffee and caffeinated beverages. The high acidity in these drinks can easily irritate the stomach and in turn cause reflux. These acidic beverages can also irritate areas of the esophagus and throat. Caffeinated drinks are also particularly important to avoid because caffeine can make the valve above the stomach relax, which results in more acid reflux!

What should you drink? Water! It’s the best choice for overall health and hydration.

3.  An alkaline diet may erase silent and acid reflux symptoms

One of the best ways to get rid of reflux is to eat a low-acid diet, also called an alkaline diet. When your body metabolizes food, a residue is left over. This residue, called ash, can be either alkaline or acidic and can affect the pH of our bodies. The goal of the alkaline diet is to change your body’s pH, making it more alkaline and less acidic, resulting in health benefits including less stomach acid.

For those of us who suffer from reflux, following the alkaline diet results in fewer reflux symptoms in the short term, and it also allows the esophagus and throat to gradually heal from the damage done by the acid buildup.

The alkaline diet is especially important for those with silent reflux. This is because acidic food and beverages can activate the digestive stomach enzyme pepsin which can reflux up to the throat, causing inflammation and damage. Whenever someone with LPR eats acidic foods, pepsin is reactivated, including pepsin that has been laying dormant in the throat. This pepsin rises back up through the esophagus and throat, causing more symptoms and damage. Reducing the acid in your diet can minimize the reflux back up to the throat, resulting in less inflammation and fewer symptoms.

While there are lots of versions of the alkaline diet, for starters it helps to know the pH levels of foods. The lower the pH number, the more acidic the food is; the goal is to eat foods with a pH higher than 5.  The purpose of keeping the diet above 5pH is because foods and drinks with this higher pH are less likely to reactivate pepsin in the throat. Below are just some of the foods you can eat on an alkaline diet along with their pH levels, or their acidity level. This list of foods is just a start, and you can learn more about the alkaline diet, at Demistifying the Alkaline Diet on Further Food.

For some people, simply overeating (eating too much at one time) can cause reflux. Eating too large of a portion puts more pressure on the valve above the stomach called the lower esophageal sphincter (LES). This often results in the sphincter not being able to stay closed properly, triggering silent or acid reflux.

Someone who constantly eats large portions will continually put pressure on the LES, which actually makes the muscle slowly degenerate over a period of months or years. The solution, of course, is to simply eat smaller meals. Try not to eat more than your stomach can hold at one time, which is a portion about the size of your fist. Instead of eating three big meals a day, try eating three smaller meals and a couple of snacks.

While it may seem a bit overwhelming at first, making these diet and eating changes can significantly lower your silent reflux symptoms, and even make them vanish for some! And while it may not to be easy to give up some of your favorite foods and beverages, living pain free and lessening the damage to your digestive systems is definitely worth it in the long run!

To learn more about David and get more advice on how to treat LPR, visit David’s complete LPR(silent reflux) guide.

LPR, also known as silent reflux, is when the sphincters between the esophagus and stomach don’t function properly. As a result, acid travels out of the stomach and into the back of the throat. The symptoms of LDR are not the typical symptoms that an acid reflux would usually cause. LDR symptoms include a bitter taste in the mouth, hoarseness, and excessive throat clearing. If undetected or undiagnosed for a long time, LPR can result in inflammation buildup and cause throat and esophagus damage.

What are foods that could trigger acid reflux?

While everyone is different, there are common foods that are known triggers of reflux. These include spicy foods, fatty foods and foods that have been deep fried, dairy products, and processed foods. Some may be a surprise, like peppermint and citrus fruit. Some beverages that are known to trigger reflux are soft drinks, caffeinated drinks, fruit juice, and alcohol. The key is to try to be aware of what you eat and how your body reacts to it.

What is a good diet for LDR or acid reflux?

If you’re looking to erase the symptoms of LDR and acid reflux, consider going on an alkaline diet. An alkaline diet is a diet low in acid. The goal is to change your body’s pH to make it more alkaline and less acidic, meaning your stomach acid can be reduced. An alkaline diet is particularly important for people with LDR, because acidic food and drink can activate pepsin, the digestive stomach enzyme that can reflux up the throat and cause damage. Reducing the acid in your consumption can minimize the reflux and the associated symptoms.

What foods should I eat to reduce reflux?

To follow the alkaline diet, you need to pay attention to the pH levels of the foods you eat. The higher the pH, the better. Try to eat foods with a pH higher than 5. Some great foods for this low-acid diet include vegetables like potatoes or cucumbers, fruits like watermelon and bananas, proteins like eggs and salmon, and beverages like Evian water and chamomile tea. Make sure to not overeat, because this itself may cause reflux. To check out a more complete guide, follow our very own alkaline diet beginner’s guide.

We All Binge Sometimes: How to Recover and Avoid Overeating Sometimes 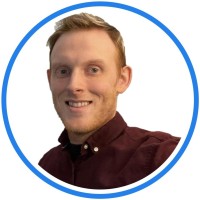