After engaging in several back to back exercise classes, I became extremely exhausted and lethargic.  My body just simply shut down and I was no longer able to to mentally or physically will myself to continue with the physical movements of the class I was participating in.

I decided to leave after resting for a bit.  But when I got into my car, I could no longer control any of my body movements. I called my husband, who called an ambulance to take me to the hospital.  My body continued to evolve into shaking and pain all over and still unable to move my limbs in a controlled manner.

After an MRI, extensive testing and multiple doctors, and the discovery of 10 scars on my brain, I was diagnosed with Multiple Sclerosis. While I hadn’t suffered some of the classic symptoms that many MS patients do, the diagnosis made me sense of several other symptoms that I couldn’t explain throughout my adult life.

I had experienced two episodes similar to what led to my diagnosis.  The first was as a high schooler in 1974, and the second was about 10 months after the birth of my daughter in 1992.  Both of these episodes were triggered by prescription drugs that I was taking for two completely different reasons.

I do not believe prescription drugs are the cure all.   Most of them cause side effects and then you end up taking more to counteract the side effects.  It becomes a vicious cycle that you may never escape. I had always tried to follow a healthy diet and lifestyle, especially since the birth of my daughter, and I believe that most diseases can be avoided, controlled and sometimes healed, if you eat a proper diet.

My daughter and I went to a local bookstore to buy some books on MS. My favorite was  Ann Brooch’s Healing Multiple Sclerosis Through Diet.  I followed the foods to eat and foods to avoid according to the book and I have been able to almost stop the progression of the disease and even reverse some of the symptoms I was already having.

I had to give up most of my favorite foods and find new ones.  I have done that for the most part. Do I cheat occasionally? Sure.  But, I am able to continue my very active, high-functioning lifestyle with only one precaution; not to do multiple activities in one day.  I have had one small episode since my diagnosis and it was triggered by over doing my activities.  It passed within about an hour and I was able to drive myself home.

I do not want to have to depend on other people to take care of me.  I am very independent.  So I make it a priority to find ways to understand my body in every way possible.  I will seek professional help when need be, but it only makes sense to know myself and take advice when I feel it will enhance what I already know about myself.  When you understand yourself, then you can better incorporate what professionals of all nature might have to offer in your healing process. 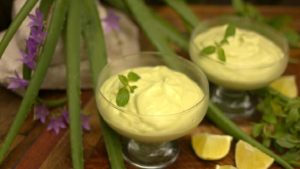 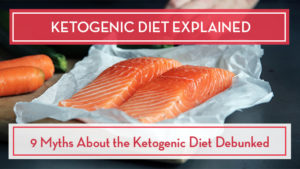